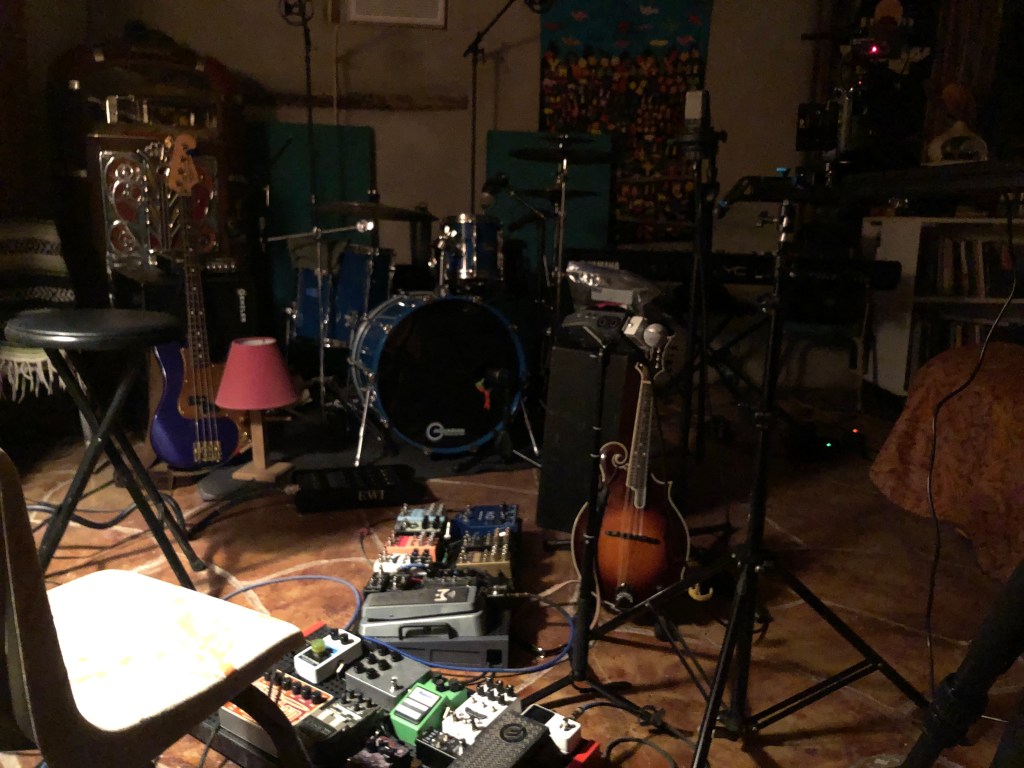 AFTER a couple weeks of writer’s block, I was willing to try anything to get back to making new music. So I packed up the car with the boys and a few new faces to write and record a single out in the unincorporated West Texas desert.

And what happened changed the way I think about our music.

And one particular email from a fan was getting to me:

I wish. But the album needed work and we had to re-haul our emails and for the love of god come out with some new merch soon or we were gonna have to start selling organs.

Not musical organs. Those aren’t worth shit anymore. Organs.

So I pitched another remote-destination single to the boys, hoping to get inspired. 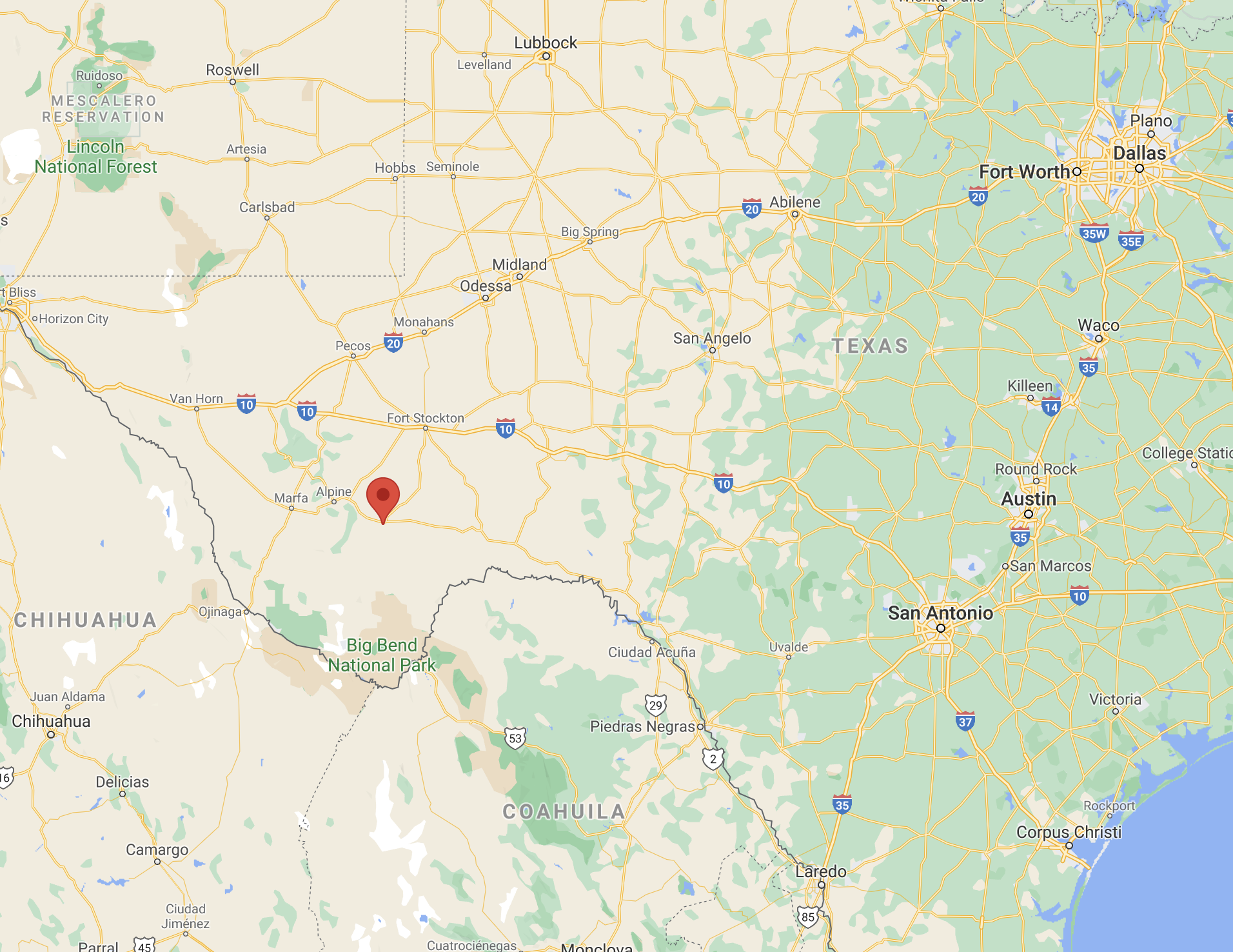 This time around, we booked a stay in Marathon TX in an oddball artist community called La Loma Del Chivo (The Goat Hill), which sits directly adjacent to Big Bend National Park.

It was a long drive. Seven hours. We had with us: Sean, Brendan, Leah, Tim, and myself. 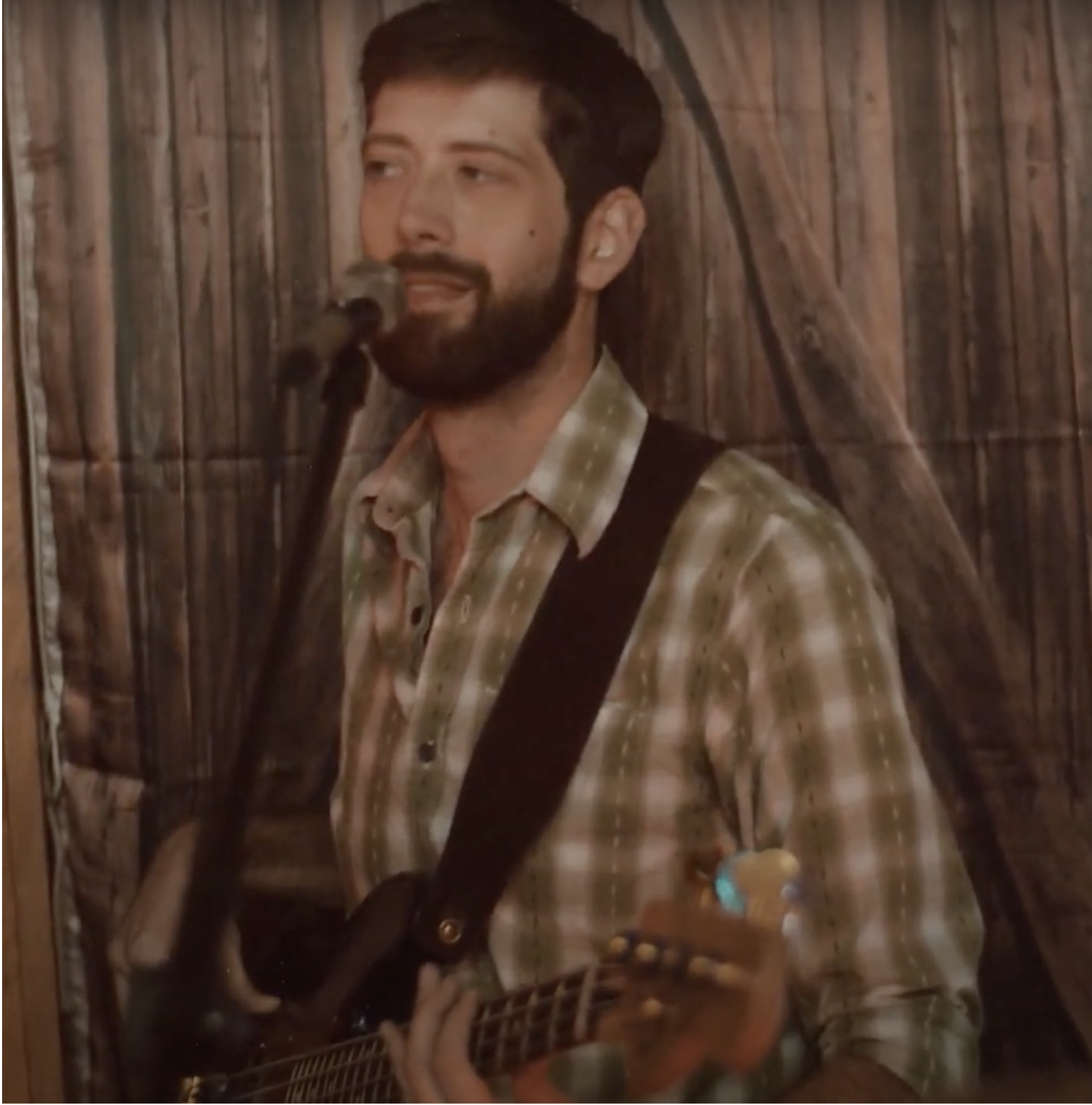 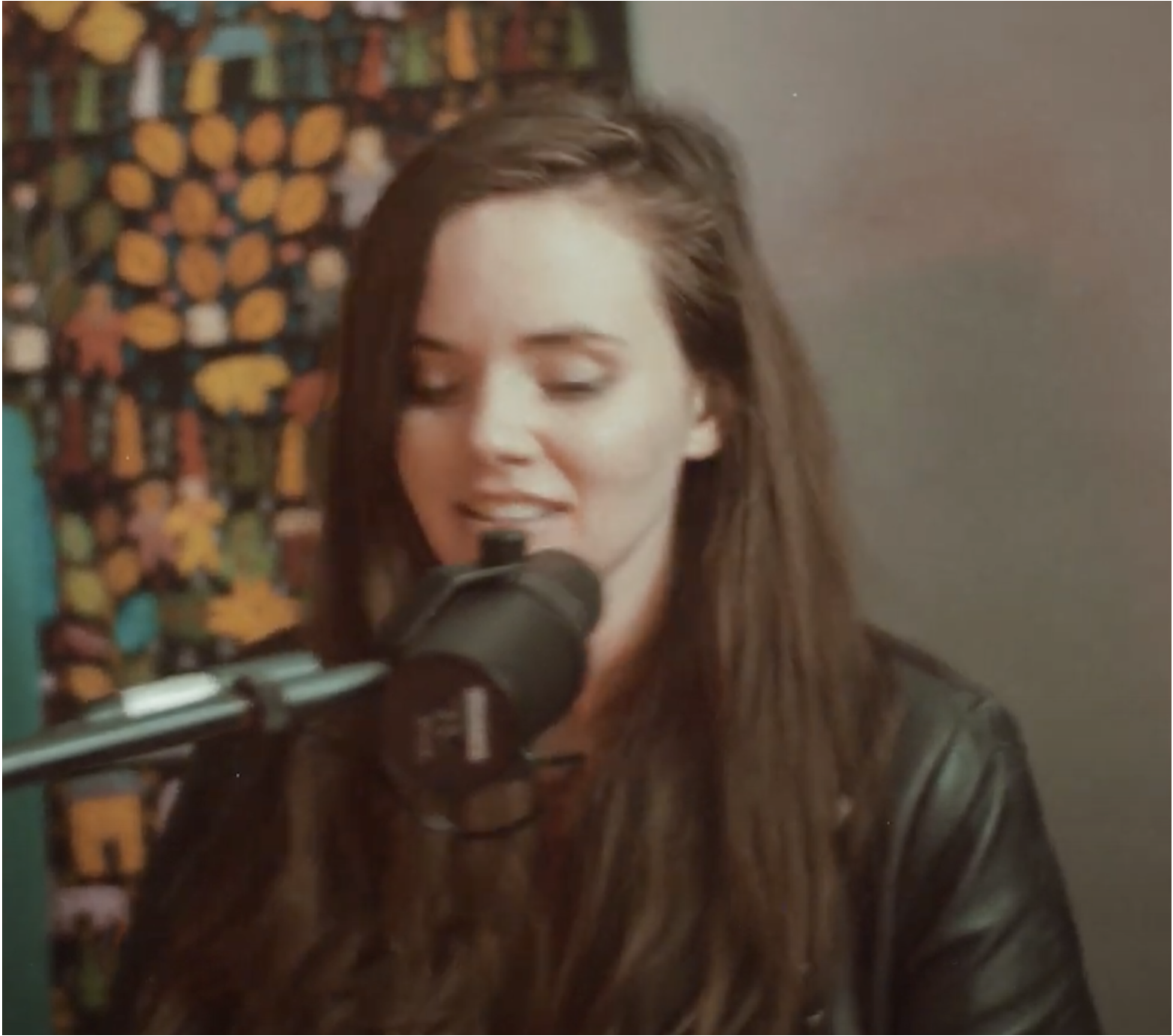 . . . and Leah is an LA-based singer/songwriter.

sidenote: we helped produce her upcoming debut EP! Feel free to listen to one of her unreleased tunes from it here It’s almost like a UTR track!

When we finally got there, we stretched out our legs and immediately went inside to take shelter from the mean desert sun. 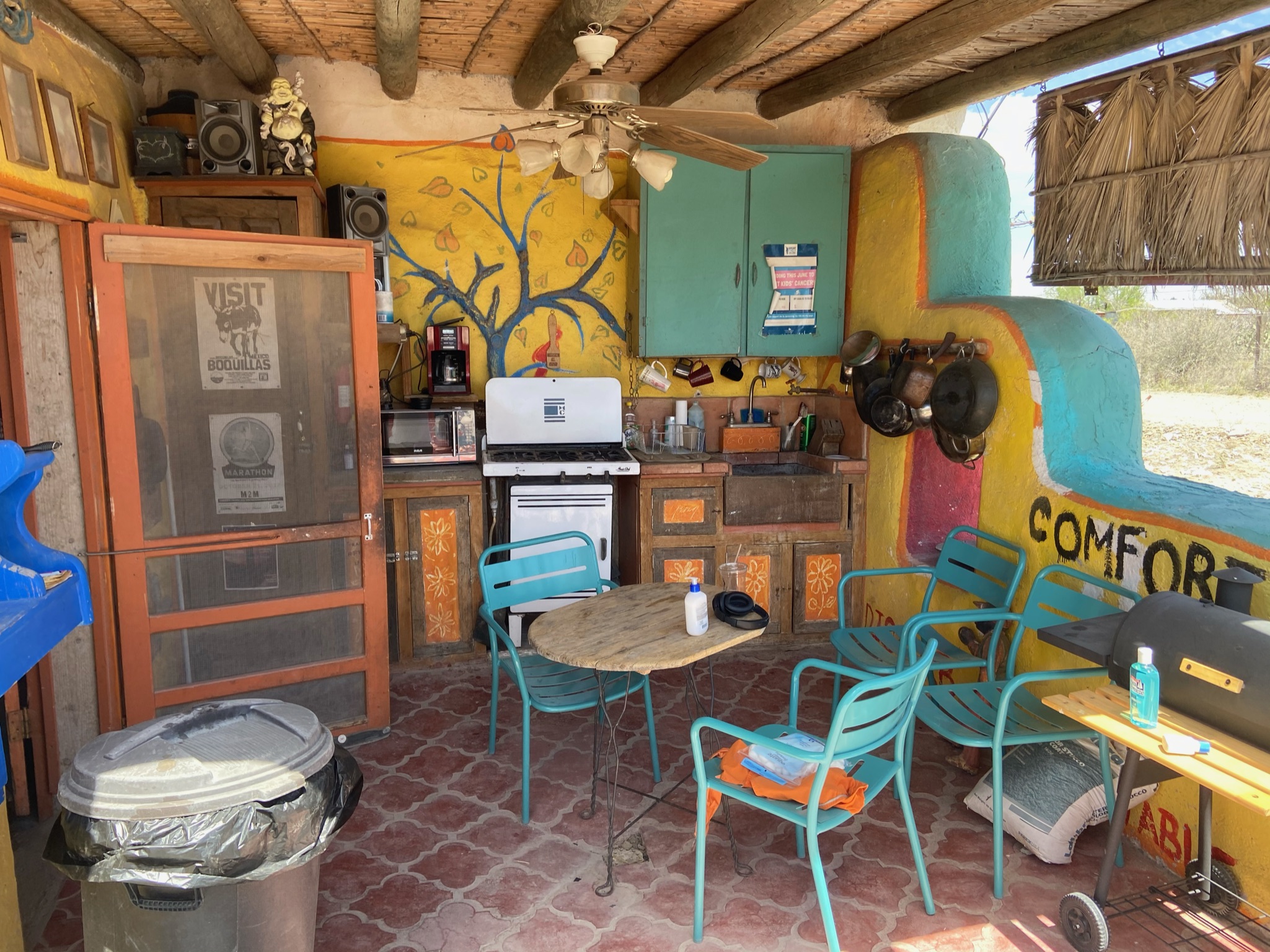 The strange building we’d be recording in is one of many in the community. Most of these structures are made out of paper-crete—a mixture of paper and concrete smeared into shape over a scaffold skeleton—which gives the whole area a very psilocybic look. 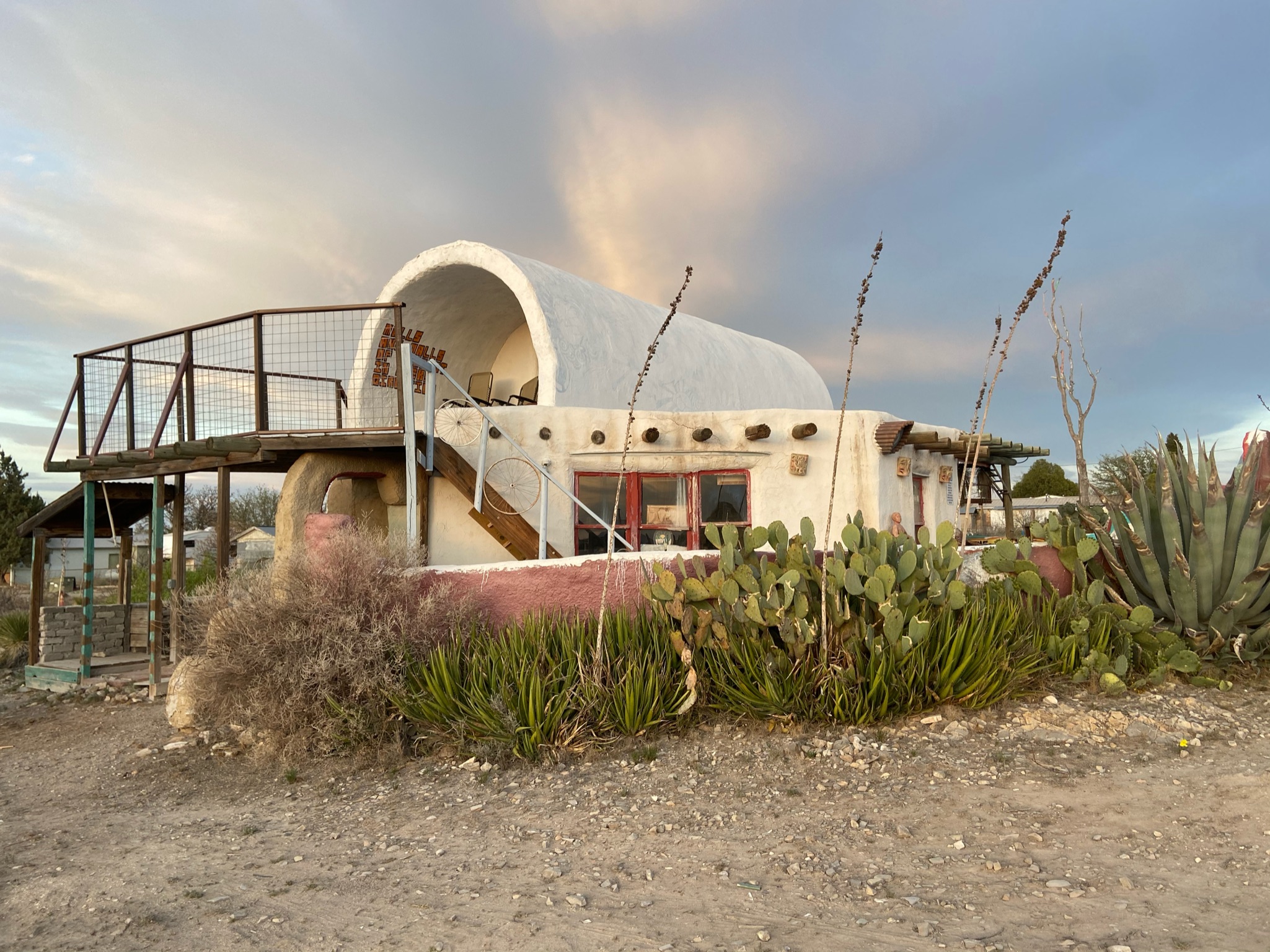 Our new live-room-for-the-week is the barn-looking thing with the rounded roof, and inside, it has a museum’s-worth of crazy knick knacks, paintings, sunwashed photos, colors, scribbles, hidden messages from travelers, notebooks full of notes, names, stories . . . 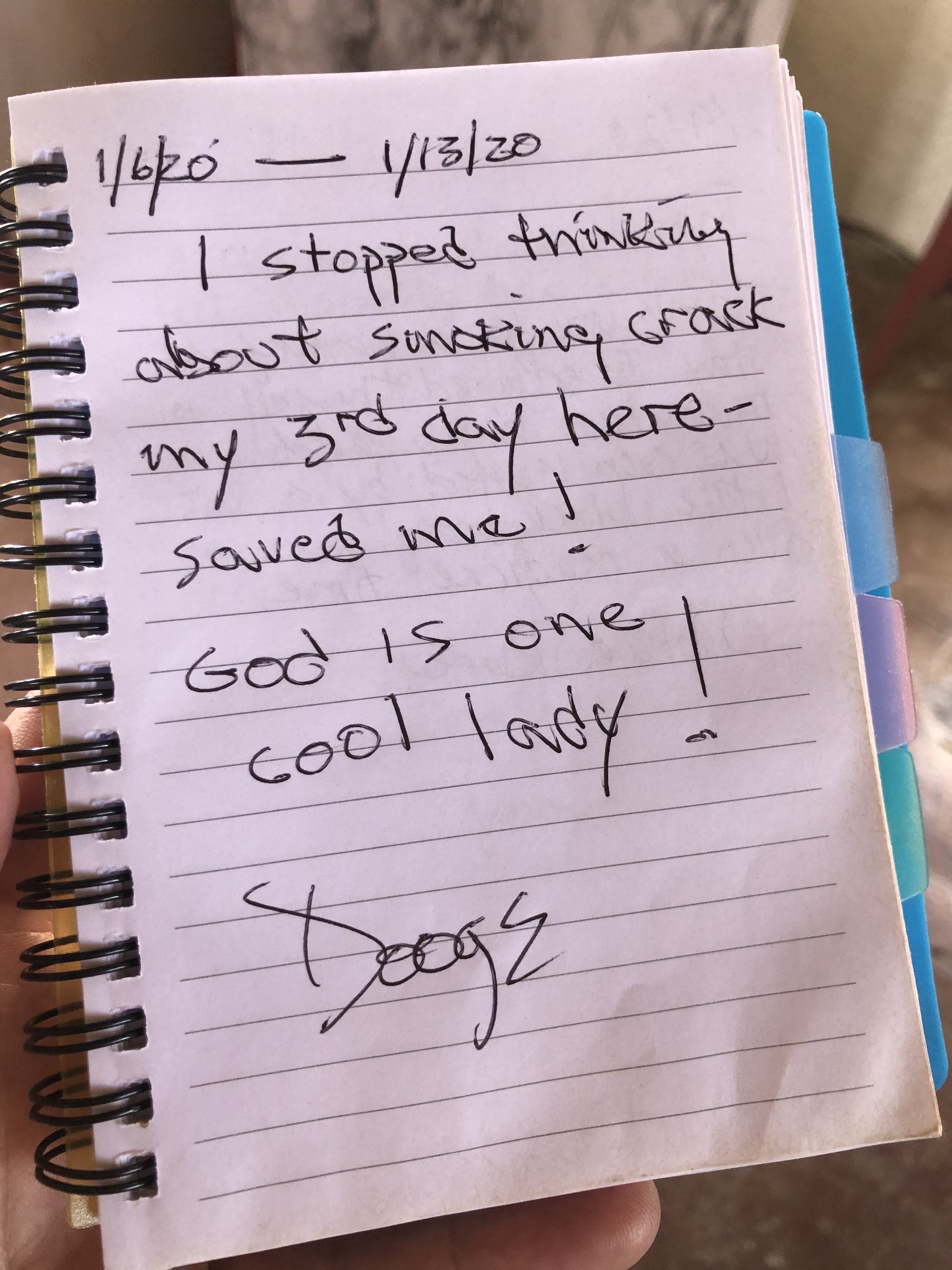 I remember looking around at the crew and wondering if they felt it too . . . La Lloma Del Chivo is a place for weirdos like us.

There’s a freedom there.

And then the rumbling.

Ingrid knows how to make an entrance!

Ingrid, The Goat Queen, is a Slovakian expatriate with a Janis-Joplin-esque megaphone-of-a-voice. She owns the lot with her partner Gil.

She stood, hands-on-hips, in a bright red sickle-and-hammer shirt as we unloaded the obscene amount of music gear into the bnb.

“Play as much music in here as you want, but when you are up on the deck at night,” she said, waving a finger, “I can hear everything—

When she pulled away, kicking up a cloud of dust, Brendan said, “I think I love her.”

Later, we’ll learn that she got her name because the unique timbre of her voice has a way of arousing any nearby goats—for the record, this has been confirmed by many residents there at the aptly-named La Lloma Del Chivo, and Ingrid seems understandably proud of it.

So, as you can imagine, we made a pact we’d insist she sing on the single if Marathon could really cure my writer’s block.

You’ll be able to hear it tomorrow.

Anyways, the whole experience of La Lloma jostled something loose. Out there, it’s hot, dumpy, discheveled, dusty, odd, and clumsily built—but at the same time, it’s colorful. And real. And lively. And unrelentingly unique.

As we explored, we found a natural echo chamber built around an underground tree:

We made use of the facilities:

We even found this art by a local artist named Chicken George:

Speaking of which . . . since he lived in the community, we decided to walk over to Chicken George’s place and see more.

If only I’d known that doing that would be the big thing that fixed my writer’s block!

There he is. George Zupp—aka Chicken George. I think he’s a genius. 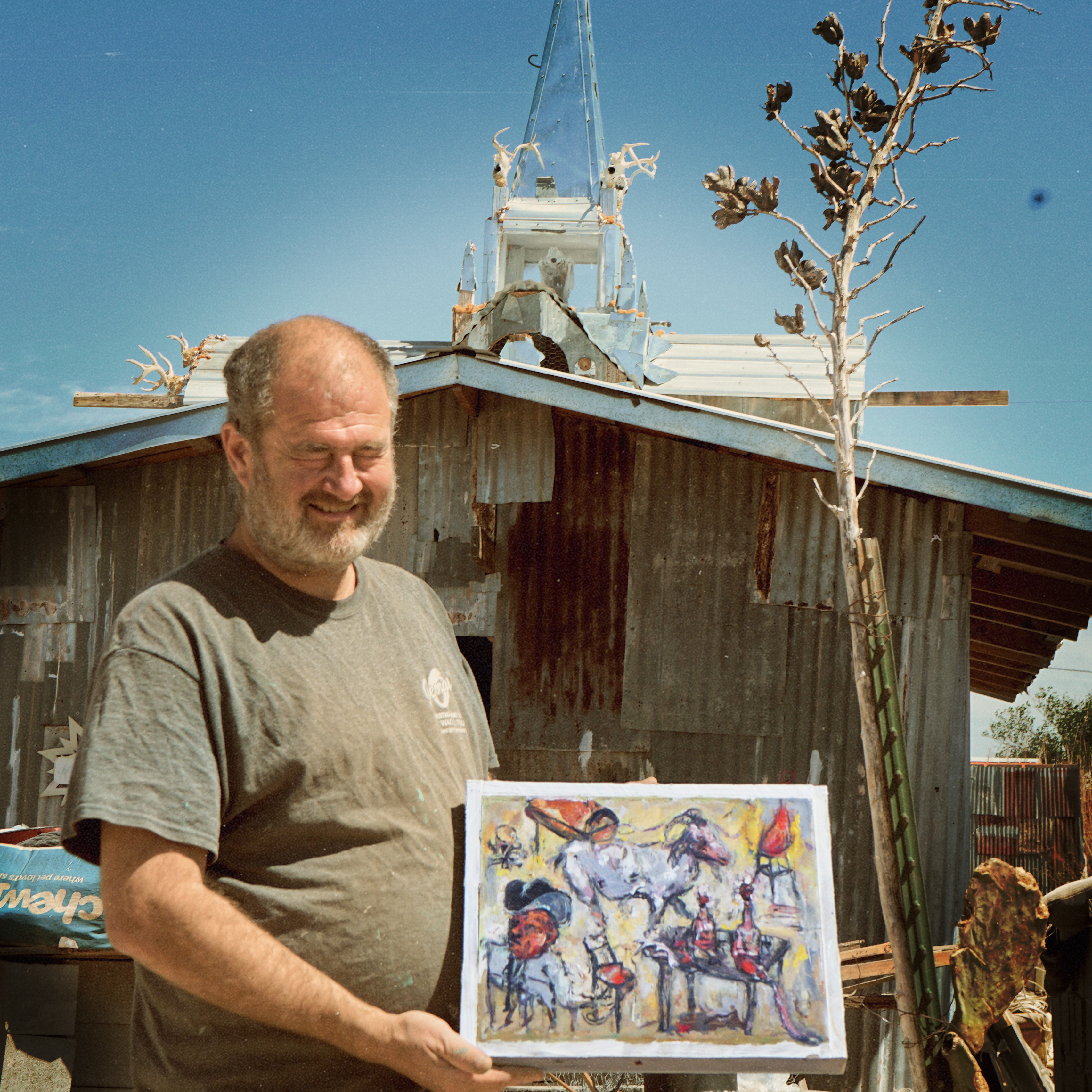 A couple weeks ago, he let me ask him some questions about his work. I wish I could fit more in here, but this thing’s already a novel (if, after reading on, you’d like to support him, you can do so by following him here).

I think it’s better to just let you experience it, anyway . . . the same way I did. Without much in the way of explanation.

POV: you’re standing outside his tin-paneled studio. You have no idea who he is, really. He invites you in and starts rifling through boxes, pulling out painting after painting . . . 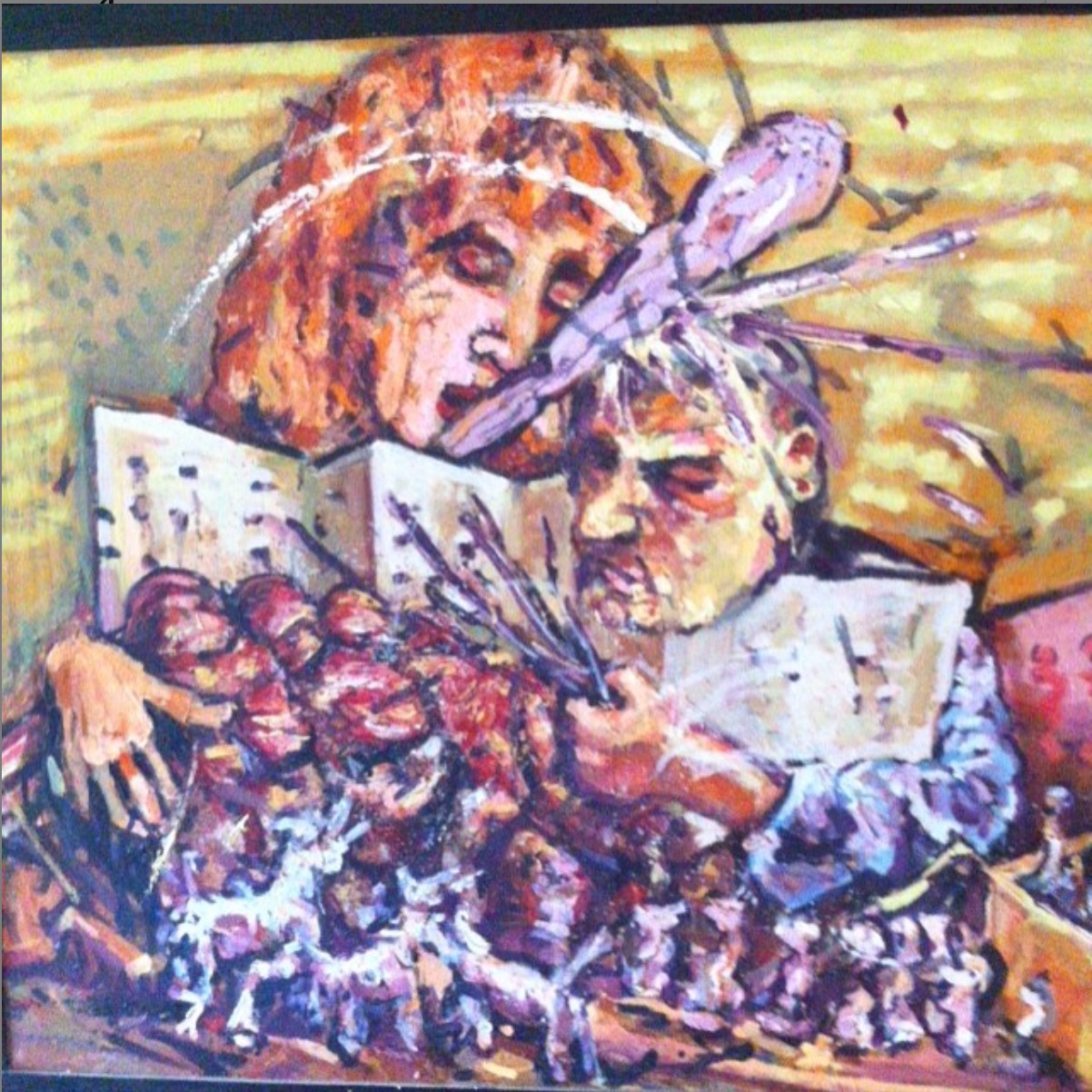 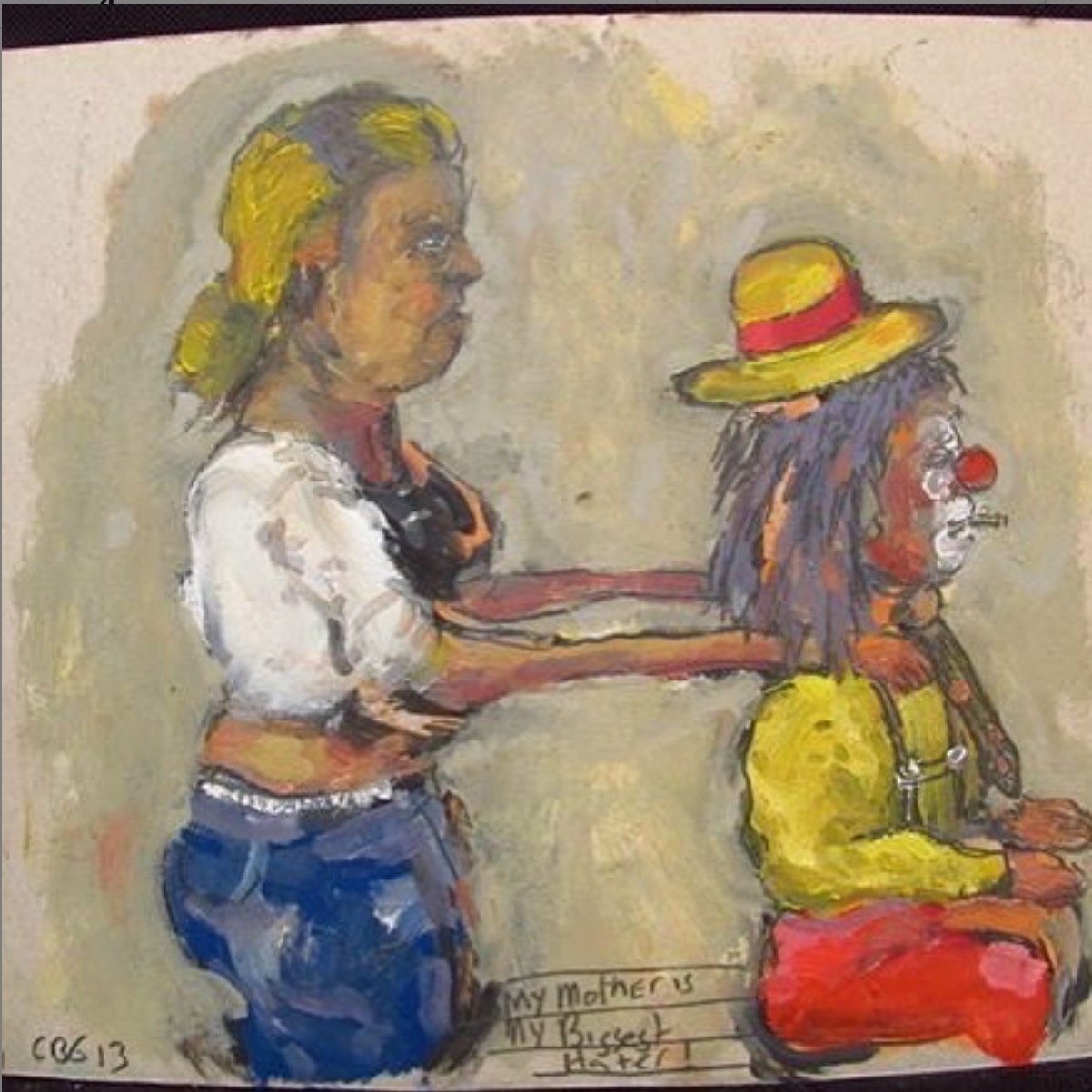 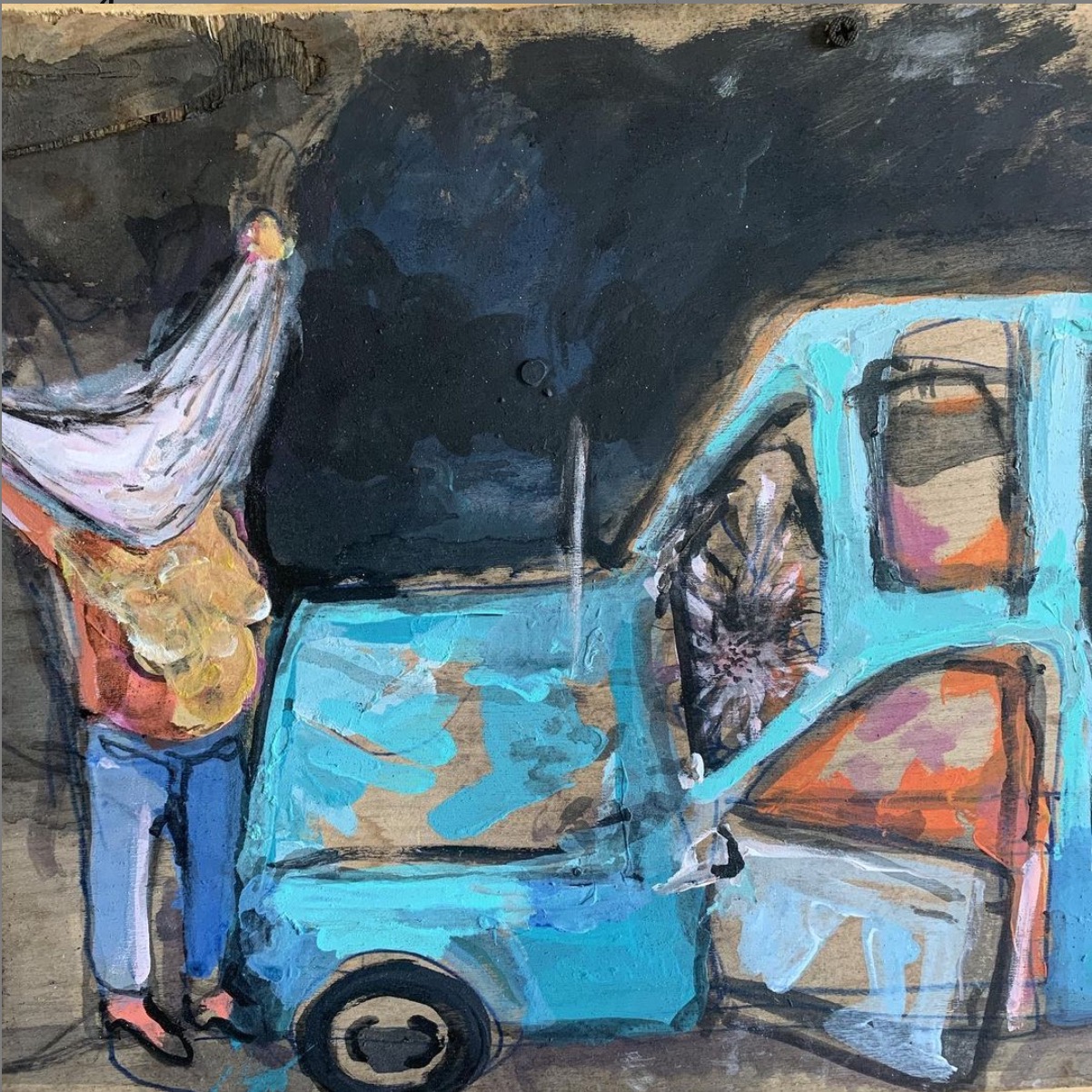 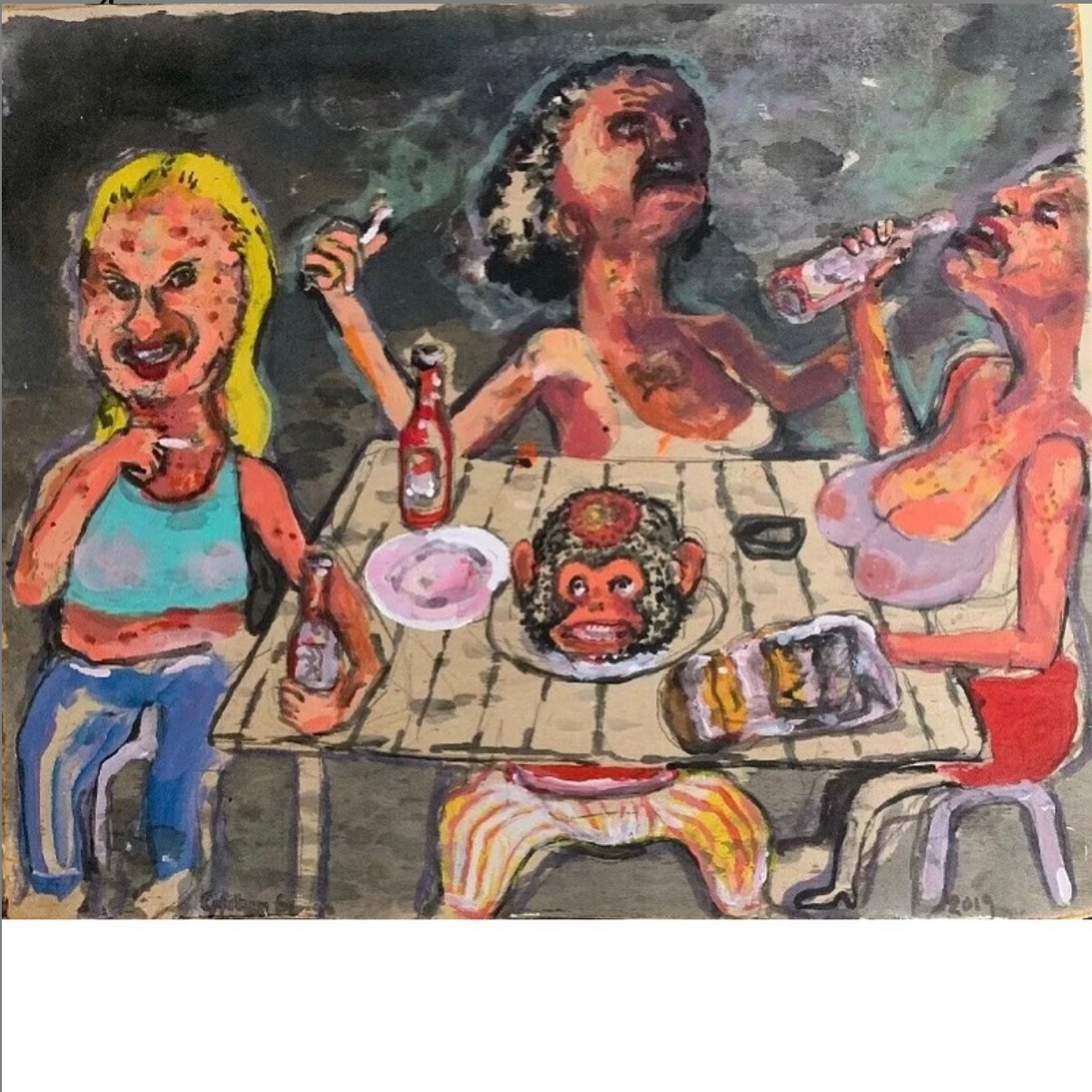 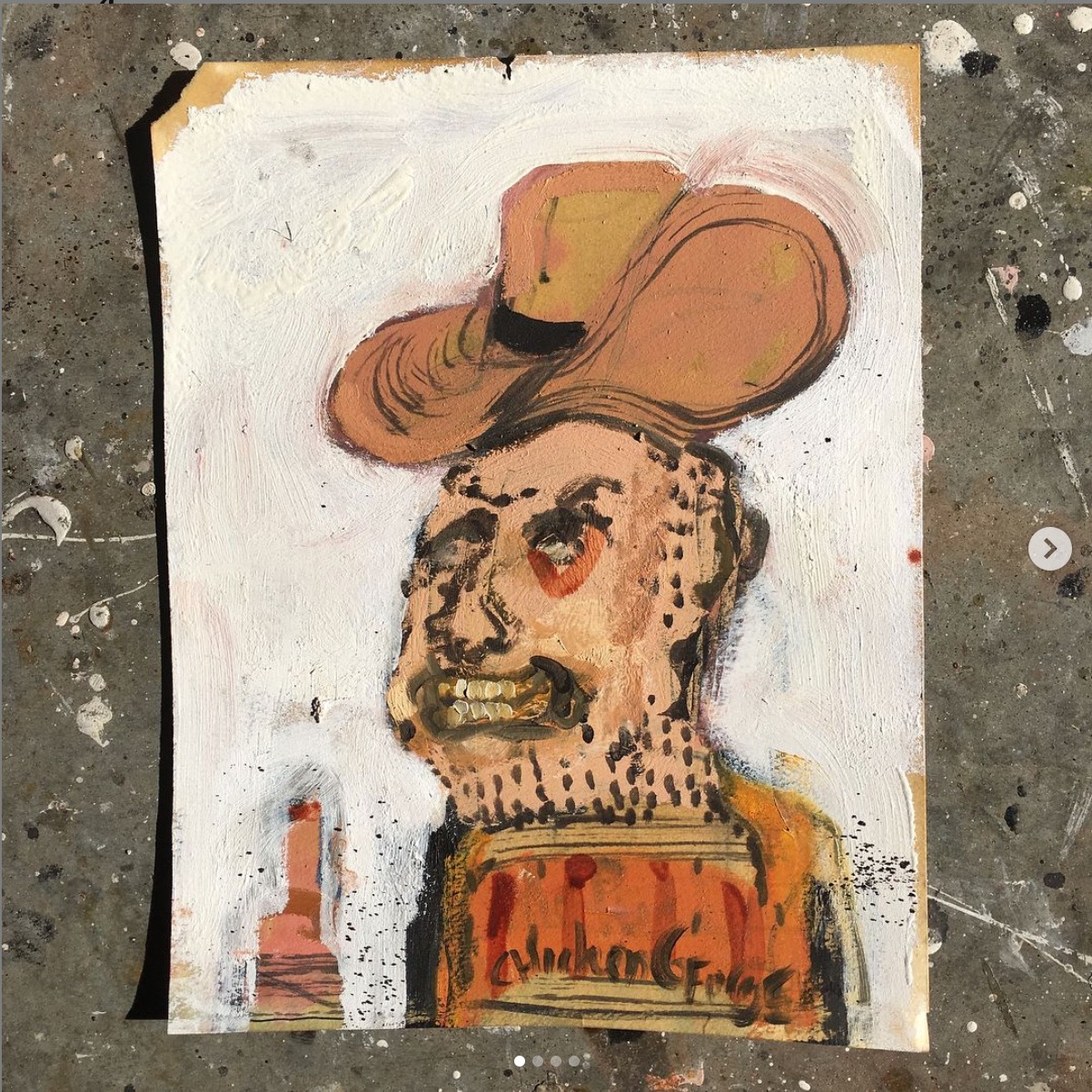 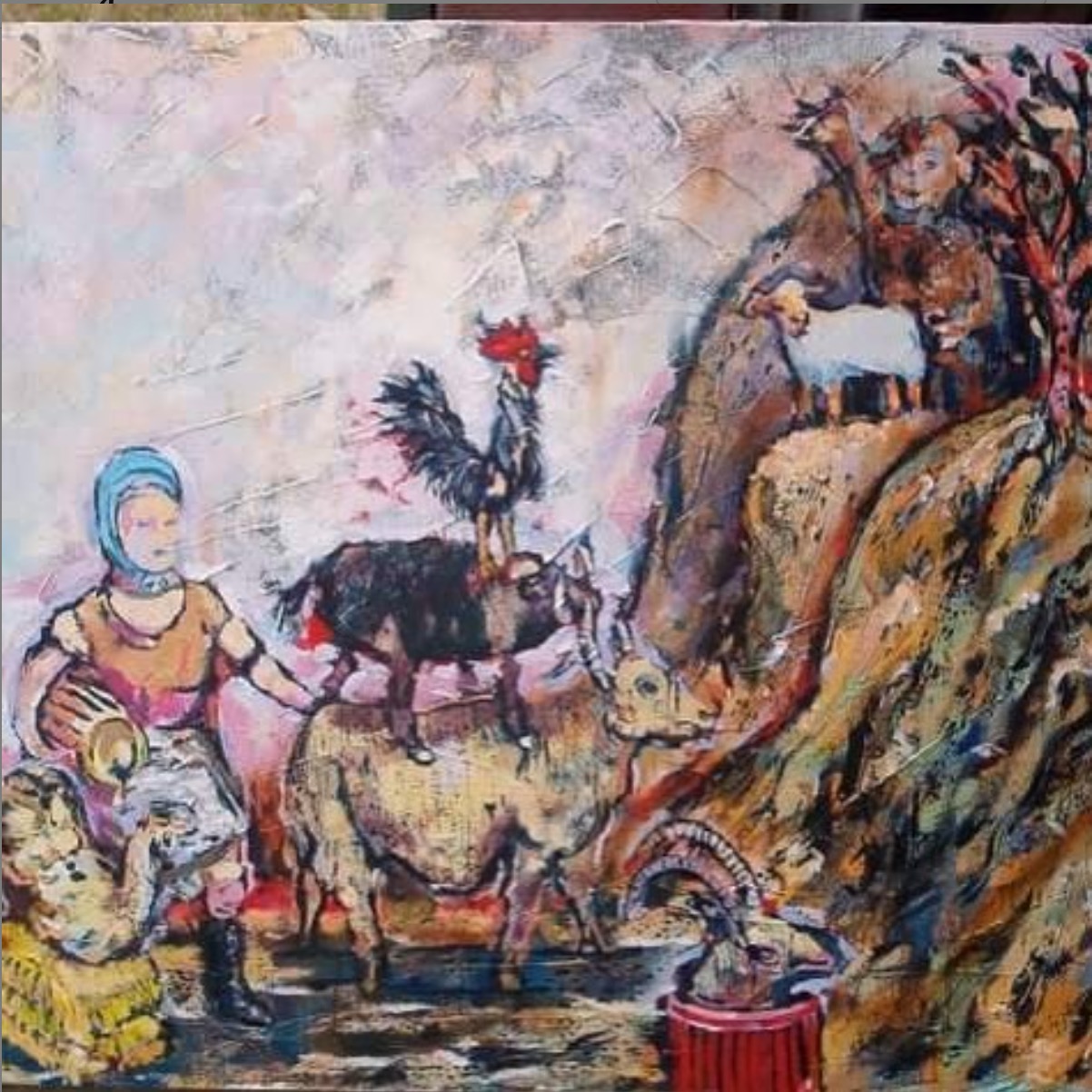 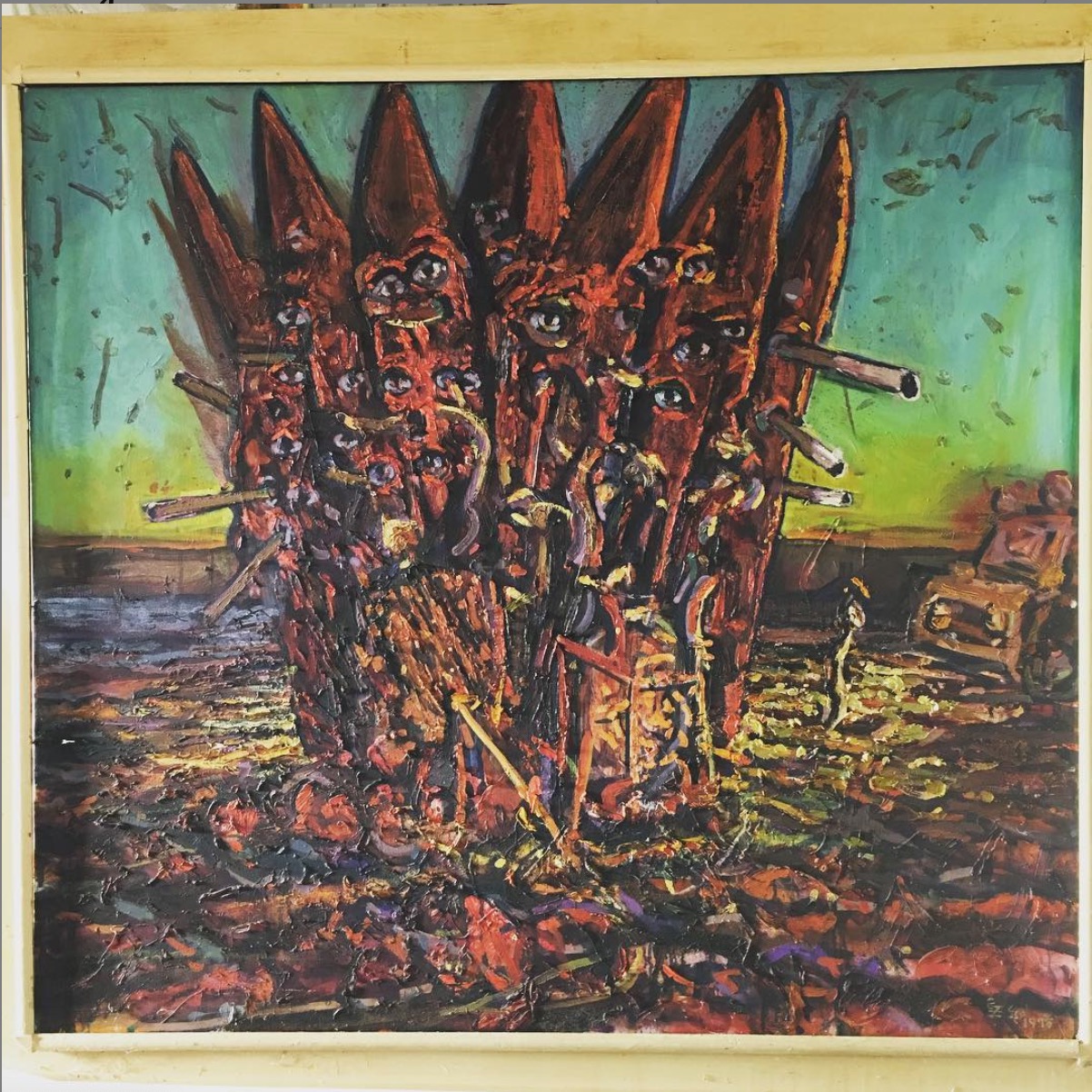 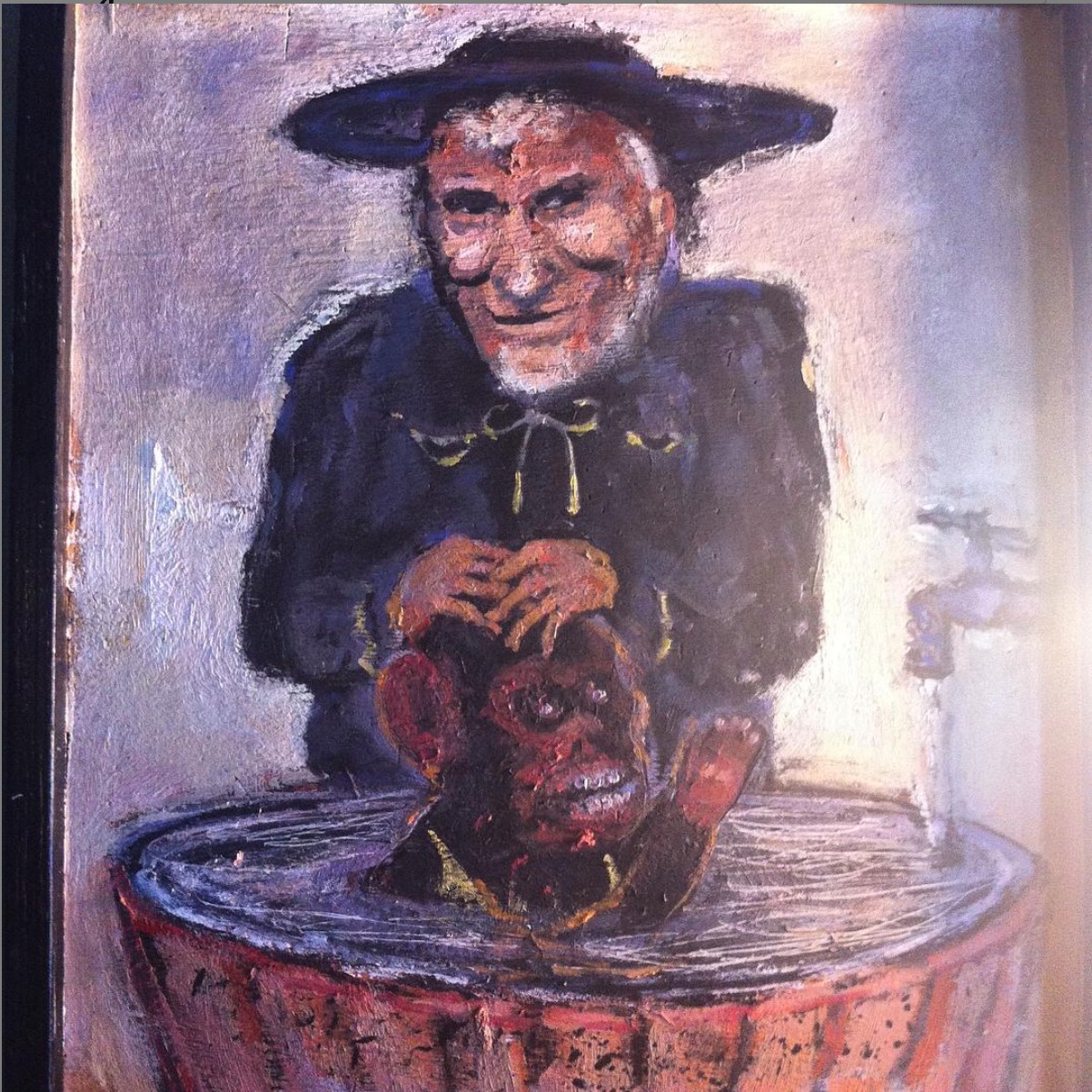 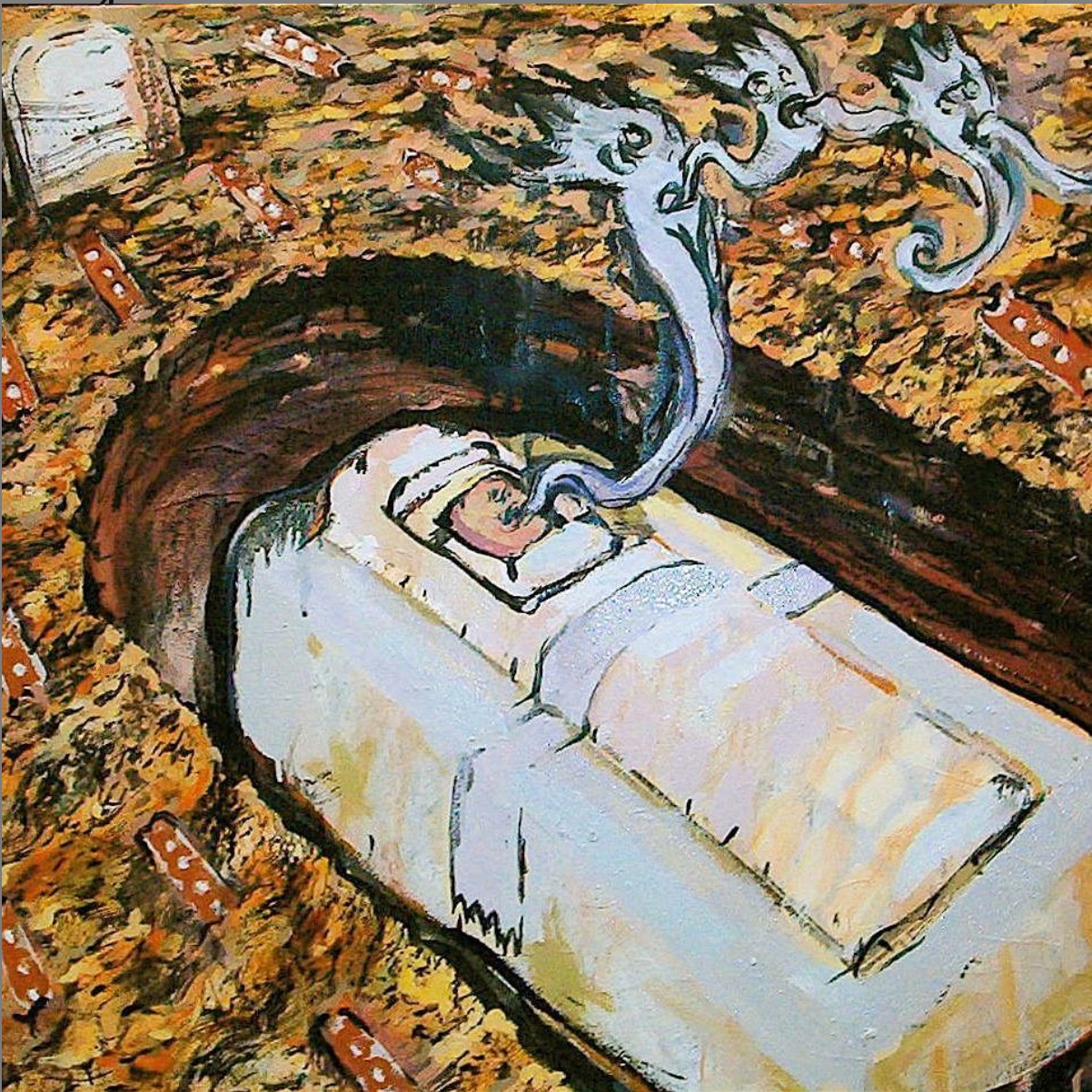 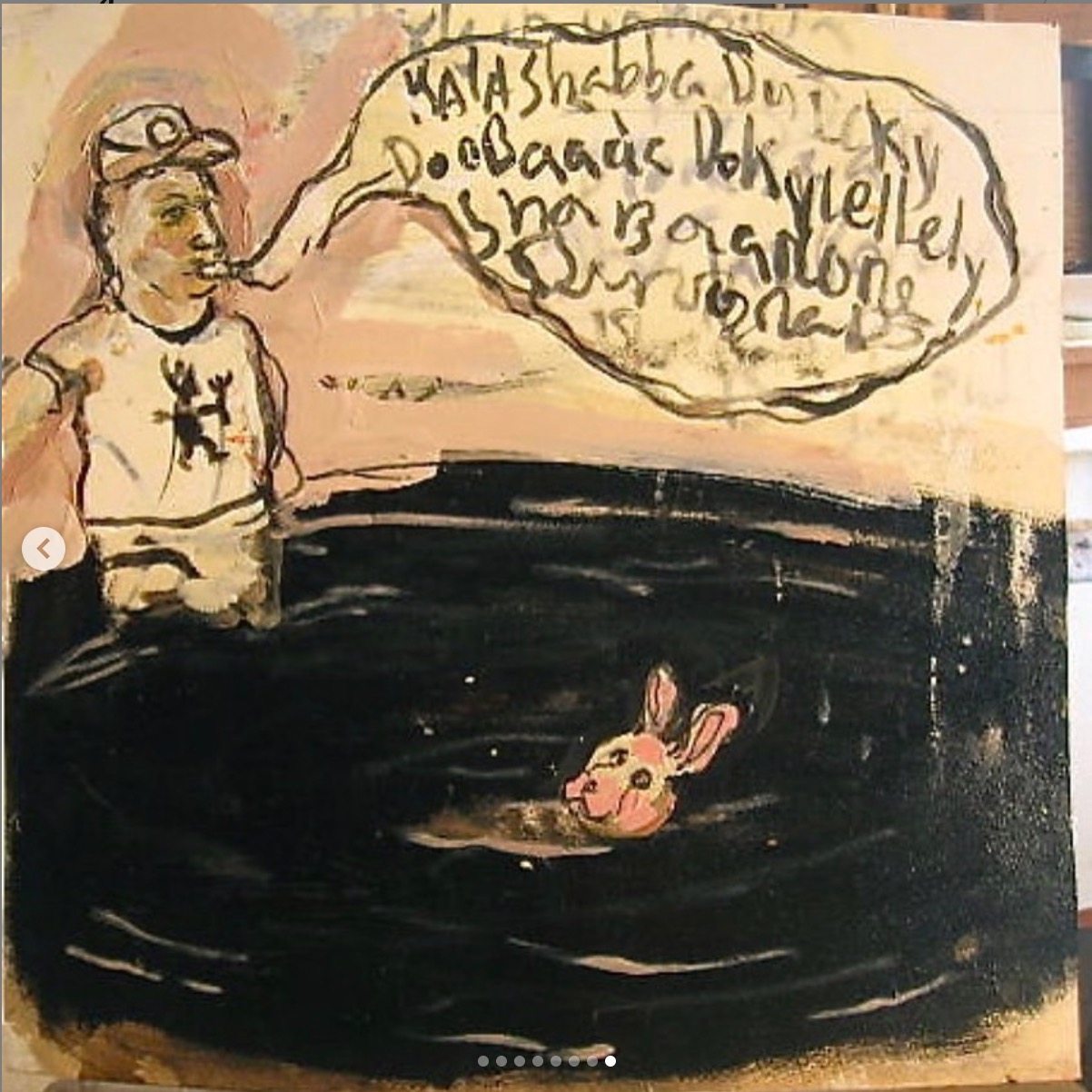 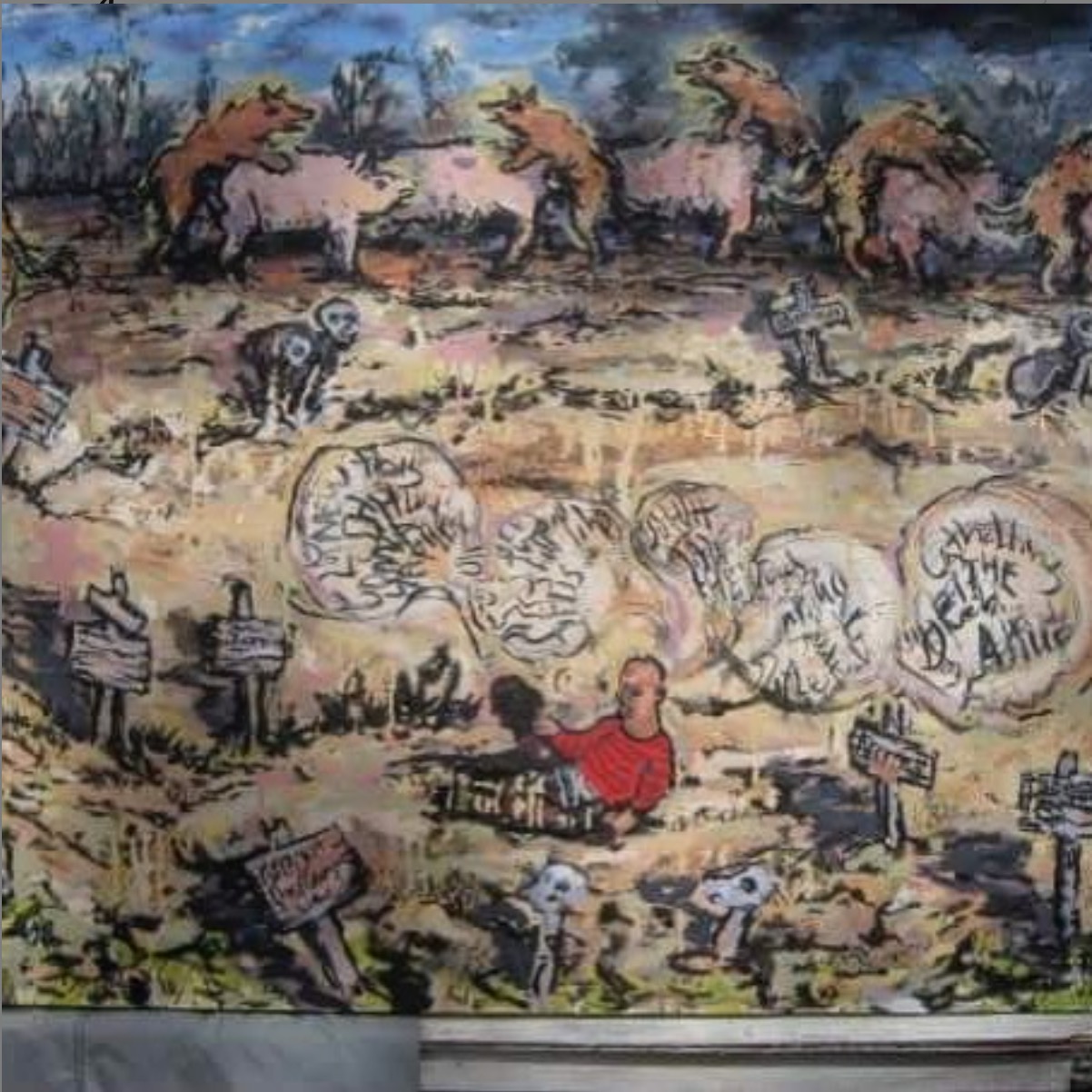 I don’t know about you, but I was standing there looking at this madness—most of which is acrylic on cardboard—and this feeling slaps me across the face.

There’s an attitude to it. Not just in the subject matter, but in the execution. The materials . . .

And then every brush stroke has it, too. This sauce. This purposeful irreverence that says:

I have a masters in art. I could paint this sober, composed, with perfect technique. But I don’t give a shit about that. That’s not what this is.

I’m thinking of Marathon, of Ingrid, of hopeful Doogz quitting crack right before the pandemic, and how terrible and beautiful it all is at the same time.

And then something else hits me.

I have a song.

“Just likeee,” she sings, “Raindrops on a bodybag.”